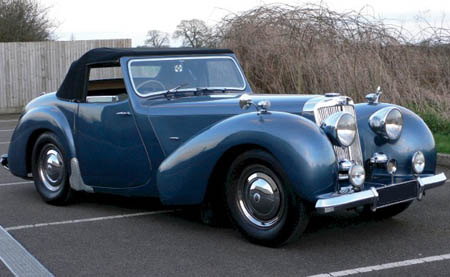 The current fuel problem is no stranger to anyone in the world. But did you know that the fuel type running in car and bike engines at present may severely harm your classic car?

Due to the Renewable Transport Fuels Obligation that was announced by the Government in 2005, petrol now comes mixed with up till five per cent ethyl alcohol, also known as ethanol. The level of ethanol may go even higher to an alarming ten per cent in the coming years, or even months.

The concept of running internal combustion engines on alcohol is definitely not new, since Model T Ford engines did run on ethanol until the better quality gasoline became more readily available.

Ethanol was usually used as an accompaniment to petrol due to its resistance to ‘knock’, which essentially meant that an engine could have a higher compression ratio along with churning out more power. During the 70’s fuel crisis in the US, things changed when people realized the risk of being overtly reliant of imported fossil fuels. Crops began to be grown that would be fodder for engines, rather than people. A new blend of bio-ethanol and petrol was devised and known as Gasohol and began to be touted as the future’s fuel. However, once the Middle Eastern countries normalised crude oil prices, Gasohol again became sidelined as a lesser cousin of gasoline.

However, ethanol is a powerful solvent that can harm several components of the fuel system, comprising of galvanised materials, zinc, copper, brass, aluminium, hoses and seals, polyurethane, cork and epoxy resins. This basically defines the complete fuel system of a classic car that was made more than 20 years back. Also, ethanol is hydrophilic, which means all sorts of extra hassles for the vehicle.

So, in short, if our classic cars do run on the current fuel type for a protracted period of time, a misshapen blob of a fuel system might be all you get to see on your beloved Tribsa the next time you open your garage doors.

However, that’s not the end of worries for typical classic cars. E15 fuel type, which utilises 15 per cent ethanol, has recently been approved by the Government in light of paralyzing fuel shortages and virtually fruitless searches for alternative fuel. If accepted, even more recent cars that do not fit into the classic car category may find it difficult to stomach the fuel.

Classic car insurers have already started spreading the word about the hazardous effects of the new fuel types. It seems quite possible that classic car insurance may become redundant as the vehicles are taken apart by their own food.

I am a full time insurance underwriter with a love for writing. I work in the UK at a classic car insurance company. My other hobbies are going to the gym and aerobics (when I am not looking after my 3 year old daughter Jessie.
View all posts by Anne Jacobs →
This entry was posted in Uncategorized and tagged Alternative Fuel, Classic Car, Classic Car Insurance, Ethanol, Fuel Shortage, Petrol. Bookmark the permalink.