Have You Heard Of Ford’s Heritage Centre?

As you are no doubt aware, Ford has been manufacturing cars for many years – so long that a lot of them can be classed as classic cars. They used to build cars at their factory in Dagenham but this is no longer the case. Instead, the factory now focuses on building engines for some of their vehicles. 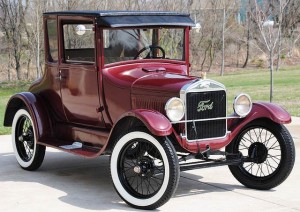 However, have you heard of Ford’s Heritage Centre? You will not be alone if the answer is “No”!

Well, apparently, the above centre that is situated at Dagenham holds a large number of Ford vehicles including classic Ford cars such as the likes of the Model T, Ford Capri, Ford Cortina and Ford Escort RS Cosworth rally car. These cars are in working order but, unlike a museum where classic vehicles are normally beautifully displayed, some of them are just covered by clear plastic sheeting and are in a warehouse. There are also a number of vans and trucks.

Unfortunately, the Ford Heritage Centre is not open to the public. In some respects, that does seem such a shame as there would no doubt be countless numbers of classic car owners that would welcome the opportunity to visit the centre to admire the vehicles. It would appear that they do occasionally allow the likes of certain motoring journalists to have a private tour of the centre. Whether Ford change their minds in the future and allows members of the public to visit the Heritage Centre to admire the classic cars remains to be seen. There are also a number of vans in the centre.

Ford does allow some of the delightful classic cars to be taken away and shown at various places such as motor museums and car dealerships. So, at least some of them are able to be seen and admired by a wider audience.

I am a full time insurance underwriter with a love for writing. I work in the UK at a classic car insurance company. My other hobbies are going to the gym and aerobics (when I am not looking after my 3 year old daughter Jessie.
View all posts by Anne Jacobs →
This entry was posted in Uncategorized and tagged Classic Ford Cars, Ford's Heritage Centre. Bookmark the permalink.