NEC’s Classic Motor Show Staff To Be Made Redundant

Having had bad news on the job front in recent weeks within the retail sector there is now similar news within the classic car sector. It has been announced that the team that is made up of 12 members who have had responsibility for the Classic Motor Show at the NEC that has proved most popular are to lose their jobs by the end of January 2013. This is because the event is to be managed from Clarion Events London location as opposed to the NEC although the event is still to take place at the NEC. 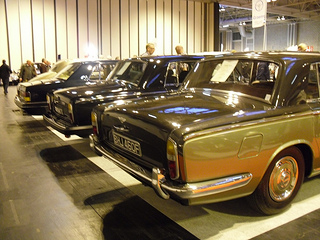 Classic cars on display at the Classic Motor Show NEC

The Classic Motor Show attracted 60,000 classic car enthusiasts to last year’s event but there is concern that the show may also be moved to London that will be a huge blow for the West Midlands. Both the Caravan Show and the International Motor Show ended up in London.

Clarion Events have made it clear that the event will continue at the NEC with the next show scheduled for November running over a 3-day period.

Graham Searle who is with the Jaguar Enthusiasts’ Club expressed concerns feeling that the show has been well run and has been built up over the years from nothing to a show that now attracts between 300 and 400 classic cars. He felt that the logistics of classic car owners having to get to the likes of Earls Court or Alexander Palace would be difficult whereas the NEC has excellent road and rail connections.

At the present time the 12-team members operating out of the NEC are in discussions about redundancies.

“The shows will continue to be run at the NEC, Birmingham, with the 2013 dates already confirmed as November 15, 16 and 17. The shows will keep clubs, collectors, owners and enthusiasts at the heart of the events and promises to build on the success of the 2012 shows.”

WE will continue to keep you up to date with developments.

I am a full time insurance underwriter with a love for writing. I work in the UK at a classic car insurance company. My other hobbies are going to the gym and aerobics (when I am not looking after my 3 year old daughter Jessie.
View all posts by Anne Jacobs →
This entry was posted in Uncategorized and tagged Clarion Events, Classic Car, Classic Motor Show. Bookmark the permalink.