The above auction took place a few days ago and it included the sale of some delightful classic motor vehicles some of which we highlight below but more information can be found on the website of RM Sotheby’s. 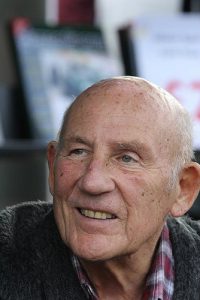 For instance, a 1964 Maserati 5000 GT Coupe by Michelotti achieved a sale price of $1,017,500. This car was owned by Briggs Cunningham who was a well known racing driver from the USA. Apparently, a mere 34 of these vehicles were built no doubt making it a rare piece of machinery.

A 1930 Bentley 6.5 litre Speed Six Sportsman’s Saloon by Corsica achieved a sale price of $3,410,000. The racing version was capable of producing 200 bhp and achieving a top speed of around 120 mph. The car looked beautiful and has appeared at Pebble Beach.

How about a 1955 Ferrari 121 LM Spider by Scaglietti that was sold for $5,720,000 at the above auction. Only four of them were built with this being the third one to come off the “production line”. It had a 4,412 cc engine producing 360 bhp. The vehicle took part in several well known racing events.

It was interesting to see a 1959 Aston Martin DB4GT Protype achieve a sale price of $6,765,000. This classic vehicle was a one-off and was actually driven by no less than Sir Stirling Moss in a race that he won. It is in fantastic working order and very nippy.

An elegant looking 1937 Mercedes-Benz 540 K Sport Cabriolet A by Sindelfingen was sold for $2,585,000. This classic car won the Best of Show at the Arizona Concours d’Elegance in 2015. It has gone through a restoration project and is a fine example.

It is to be hoped that the new owners of these wonderful vehicles have arranged suitable classic car insurance to provide them with complete peace of mind should something untoward happen.