James Hull who is 53 years of age set up James Hull Associates back in 1987 and built up a chain of dental practises around the UK although he ceased to be the Chief Executive in 2009 but continued as life president. Apparently, he has a vast collection of classic vehicles but wishes to sell them all. 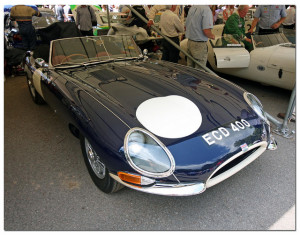 The vehicles are expected to raise in the region of £100 million plus and the owner reputably has the biggest private collection of such vehicles in the UK. There are 457 classic vehicles plus 300 items of memorabilia and 365 pedal cars so they must take up a considerable amount of space. The vehicles are kept at a number of warehouses in Herefordshire.

Apparently, the owner wishes to sell them all to one buyer – hopefully in the UK so there cannot be many people that can raise that sort of money. The collection includes many interesting vehicles including a Bentley that used to belong to the well-known singer Elton John and an Austin owned by Winston Churchill who used to the Prime Minister in the UK. There is a Mini Traveller once owned by Lord Mountbatten and a Jaguar D-Type that is believed to have a value of over £4 million. Another interesting vehicle is one that used to belong to Mike Hailwood, a well-known racer of motorbikes which is a Jaguar E-Type dating back to 1961. There are campervans going back over many years.

Interestingly, a number of these classic cars have been available for the public to view over the years at motor shows as opposed to just being locked away all the time so all credit to Mr Hull.

Let us hope that a buyer can be found that will keep these delightful vehicles in this country and that many of them will continue to be available to be seen by members of the public including classic car enthusiasts.