Porsche 911 ST To Be Auctioned

If you are a lover of the classic Porsche then you may be interested to read that a 1969 Porsche 911 S/T is shortly to be auctioned. It is available at Coys “True Greats 2016” auction on the 5th December 2016 in London. 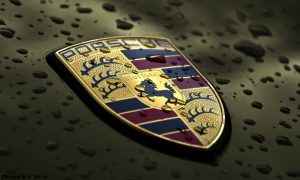 Porsche has produced sports cars for many years.

This Porsche was designed for racing and had a number of fittings removed to make it lighter. For instance, the sun visor was removed as were the recess covers for the fog lights and the heater ducts. Also taken out were the lid for the glove box, the anchorage points for the seat belts, seat slide supports, ashtray and the cover for the engine.

This was a powerful car with a 242 bhp 2 litre engine. The classic car took part in a number of races in Sweden. It has appeared at several rallies.

Needless to say, if you are considering buying a classic car then you will no doubt wish to make sure that you have adequate insurance cover in place to provide you with peace of mind. In this respect, why not let us help you obtain a competitive quote for classic car insurance .

I am a full time insurance underwriter with a love for writing. I work in the UK at a classic car insurance company. My other hobbies are going to the gym and aerobics (when I am not looking after my 3 year old daughter Jessie.
View all posts by Anne Jacobs →
This entry was posted in Uncategorized and tagged Classic Car Auction, Classic Cars, Coys "True Greats 2016" Auction, Porsche 911 S/T - 1969. Bookmark the permalink.