All you classic sports car enthusiasts will be aware of the elegant, styled look of the sleek Jaguar E-Type dating back to the 1960s. Therefore, it probably does not come as a surprise to read that it has come top in a poll.

In excess of 2,000 motorists in the UK took part in the poll conducted by One Poll on behalf of the Discovery Channel. They produce the Wheeler Dealers program that restores classic cars.

The Jaguar E-Type was voted as the greatest car of all time but also came top for being the greatest classic car. In fact, of the cars appearing in the top ten, it was great to see that eight of them were British. The two that were not from the UK were the Volkswagen Beetle and the Porsche 911. 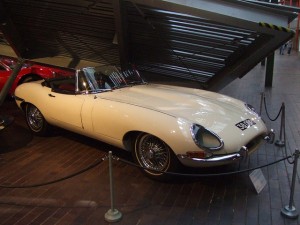 The Jaguar E-Type is a stylish classic sports car

It is great to see the Mini up there near the top and also to see four Aston Martins feature in the top 10. There are also a couple of Rolls Royce.

Obviously people will have their own opinion as to which car they would consider to be the greatest car of all time. There will be some that favour the likes of the Ford Cortina or Ford Escort in view of their popularity many years ago. These were not only bought by private individuals but also featured in company car fleets.

So, feel free to tell us which car you considered to be the greatest car of all time.