All you classic car enthusiasts will be aware of just how highly thought of the Ferrari 250 GTO is within the classic car arena. It is reportedly the most sought after vehicle in the world with only 36 being manufactured between 1962 to 1964. Owners include the likes of the fashion designer Ralph Lauren and Nick Mason who is the drummer with Pink Floyd. 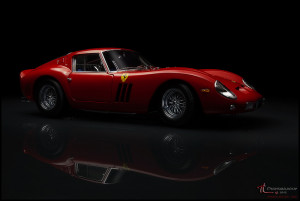 So, what would it cost you to become the proud owner of such a prestigious sports car?

Well, recently at Bonhams auction in Monterey in California, USA, a 1962 Ferrari 250 GTO achieved a world record price for a car sold publicly of a staggering $38.1 million including commission. There was an opinion that the price achieved was on the low side with it possibly capable of being sold for more than $50 million but this was not the case. Apparently, this is the first time in more than 25 years that this model has been sold at auction.

The car does have a somewhat tragic history as it crashed in 1962 killing Henri Oreiller who was an Olympic champion at skiing. Apparently, he was travelling at around 100mph when the accident happened. Had the car not had such a tragic history could it have been sold for more than it was?

Obviously, this make and model does not come up for sale too frequently so it will be interesting to see what sort of price the next one achieves when this does happen. Are we going to see the $50 million barrier being broken? Only time will tell.

What are your thoughts about the price that has been achieved for this wonderful classic sports car?