Unfortunately, Robert White, a businessman died last year from cancer at the age of 62. However, so impressed was he with the treatment that he received at Poole Hospital’s cancer unit, he decided to donate many millions of pounds to improve facilities for the treatment of cancer with some of the monies being raised by the sale of his classic collection of motorbikes and cars. 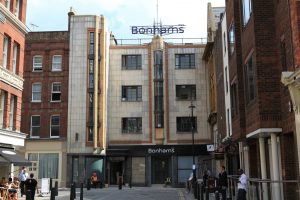 He had a collection of Brough Superior motorbikes that were bought by the well-known United States of America TV personality Jay Leno for a considerable sum of money.

In September of this year an auction took place at Bonhams in London when a variety of classic cars and motorbikes owned by the late Mr White were sold.

There were some wonderful classic cars that were sold at the above auction including a 1959 AC Ace-Bristol Roadster. This is a delightful looking sports car in metallic blue with red leather seating. The car was serviced in 2015 and its bodywork restored. It sold at the above auction for £254,620 including the premium. A 1930 Bentley 4 and ½ litre Tourer sold for £315,100 including the premium.

There was also a 1931 Bugatti type 51 Re-creation by Pur Sang that was ordered by Robert White in 2013 that has a weathered Bugatti blue paint finish with an interior leather trim and was sold for £124,700 including the premium.

We are sure that our classic car readers will be pleased that the monies raised from the sale of the above vehicles and many other items are being used for the benefit of people suffering from cancer.