Lamborghini Once Owned By Sir Rod Stewart To Be Auctioned

At the Coys Auction that is to take place at the Classic and Sports Car Show at the Alexander Palace in London on Saturday 29th October 2016 there are some interesting classic cars coming up for sale. One of those vehicles is a car that was originally bought by Sir Rod Stewart when new – a 1971 Lamborghini Miura P400 S ‘SV specification. 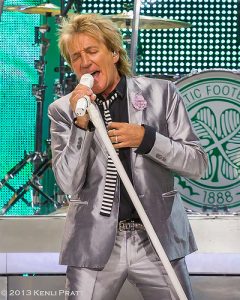 This classic sports car is being estimated to achieve a sale price of between £800,000 to £900,000. Perhaps the fact that it was once owned by a famous rock star will have a bearing on the price that it may be sold for.

The wonderful, sleek sports car was subsequently sold by Sir Rod Stewart and has had a number of owners. It has had the SV specification added. It has been restored at considerable expense. The bodywork is in Blue Notte.

There are many other classic cars that may come under the hammer at the above auction. For instance, there is a 1954 Volkswagen Beetle with an estimated price of between £15,000 to £20,000. Its bodywork is in grey and it has a 1200cc engine. Apparently, it is in lovely condition.

So, if you are a classic car enthusiast then you might want to get along to the above auction.

I am a full time insurance underwriter with a love for writing. I work in the UK at a classic car insurance company. My other hobbies are going to the gym and aerobics (when I am not looking after my 3 year old daughter Jessie.
View all posts by Anne Jacobs →
This entry was posted in Uncategorized and tagged 1971 Lamborghini Miura P400 S ‘SV specification, Classic Cars, Coys Auction, Sir Rod Stewart. Bookmark the permalink.