If you are considering buying a classic car then you may be interested in attending The May Sale of Silverstone Auctions that takes place on the 13th May 2017 at Silverstone Circuit. At this auction there are expected to be some interesting classic cars for sale. 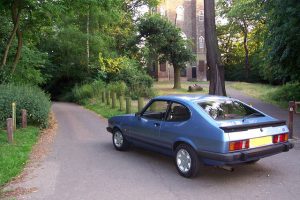 The sale takes place in the Wing Building at the Silverstone Circuit in Northamptonshire NN12 8TN with auction times being 11.00am for automobilia and 2pm for motor cars. Viewing is on 12th May between 3pm and 5pm as well as on the morning of 13th May.

How about a 1965 Jaguar E-Type Series 1 Roadster in Jaguar Indigo Blue with a 4.2cc 6 cylinder engine that has had 5 owners with the present owner having had the vehicle for 26 years. It is believed to have been well maintained. It has an estimated sale price of £85,000 to £100,000.

There are many other classic cars for sale at the above auction details of which can be found on the website of Silverstone Auctions.