Nowadays, it is possible to produce a fake version of numerous products whether it is a Rolex watch, designer clothes or even a classic car. If the supplier makes it clear that the item is a fake and the price is reflective of this then is this a problem? Many of you reading this will no doubt have an opinion on the matter. 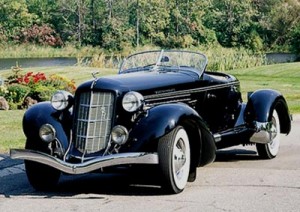 Is this classic car fake or genuine?

There are no doubt a number of fake classic cars on our UK roads but does this not provide the opportunity for someone that could not have been able to afford the genuine version of a particular classic car to own one that looks just like the real thing but has been purchased for a fraction of the price in the knowledge that it is a fake?

It is of course an entirely different matter should the unscrupulous fraudster deceive a purchaser of a classic car into believing that the car is a genuine model knowing full well that it is a fake for which they have, unfortunately, been duped into paying a price applicable to a genuine vehicle.

Of course, one of the reasons why there are fake classic cars being produced and sold as if they were the genuine model is the huge price that certain classic cars can command. Apparently, in the last ten years, classic car prices have risen by in excess of sevenfold which, by anyone’s viewpoint, is a significant increase.

Producers of such fake cars are extremely sophisticated and it can be difficult to spot a fake vehicle. They can go to a lot of trouble when producing them and there is a great deal of organization because substantial sums are involved.

Considering the amount of money many people spend on realising their dream in purchasing a classic car would it not be a sensible idea to get some professional advice when looking into buying a classic car to make sure that it is genuine?